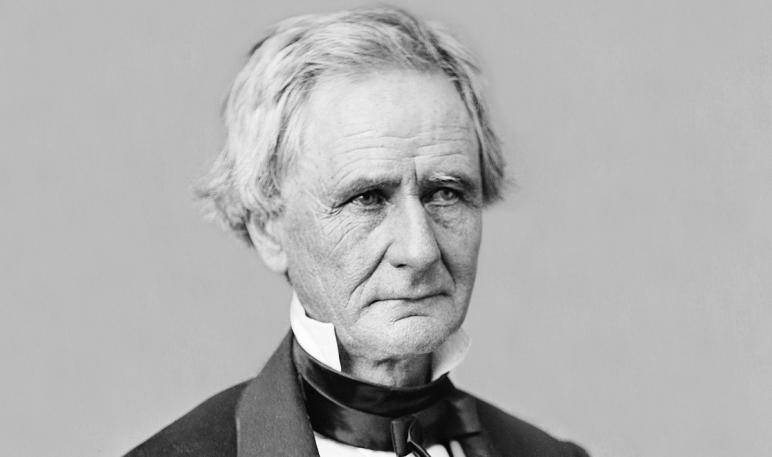 This letter, dated May 6, 1862, illustrates Simon Cameron’s influence in the business community of Central Pennsylvania. The author, Dr. William Schmoele, was the president of the Summit Branch Railroad Company. Involved in the coal industry in the Williams Valley, the company wished to start construction on a railroad from Wiconisco to its land about four miles to the east above present day Williamstown. Simon Cameron, the disgraced former Secretary of War in the Lincoln administration, came back to Pennsylvania in early 1862 and immediately looked to invest in industrial projects.

Philadelphia, (1612 Walnut St.)
May 6th, 1862.
Hon. Simon Cameron,
Middletown, PA
Dear Sir:
May I take the liberty of asking the following question, a kind answer to which will very much oblige me, if not incompatible with your convenience and pleasure, viz: Are you or do you intend to become interested in “The Summit Branch Rail Road Company,” and if so, will you grant me the favor of an interview, on that subject, at a place and time you may be pleased to appoint?
With the highest regard,

Evidence produced suggests that Cameron took up the opportunity. The Company’s minutes from January 1863 show that Cameron had resigned as the Director of the Summit Branch Railroad Company. It appears he had been brought on board to use his influence in order to sell the company to new investors. This effort succeeded, and in June 1863, the Company was sold to Josiah Caldwell, a railroad investor from Boston, for an impressive, but undisclosed amount. New England investors would drive the movement of the Company from a small corporation with big aspirations to one of the largest coal operations in Pennsylvania.