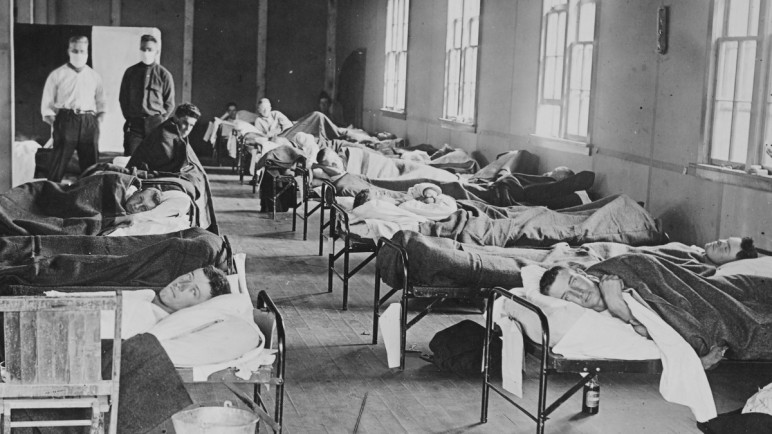 Our Wynning History blog featured prominently in a piece by reporter Vicki Terwilliger of the Pottsville’s Republican-Herald on April 13, 2020. The story explains how we have been comparing the COVID-19 pandemic and the influenza pandemic that ravaged the Coal Region in 1918.

You can read the article HERE

Featured Image: Patients in a US Army hospital during the 1918 influenza pandemic. (LOC)

You can read all our stories about the 1918 influenza pandemic by clicking here.