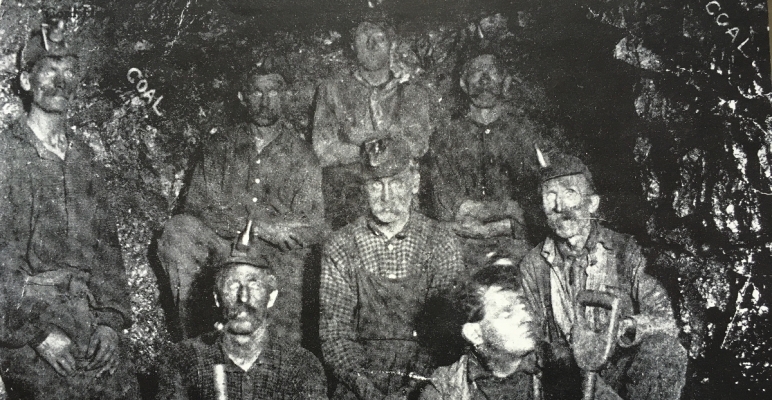 In the early months of 1886, workers at the Summit Branch Colliery in Williamstown, Pennsylvania went on strike against the Pennsylvania Railroad Company. After weeks of failed attempts to negotiate with company officials, the miners had enough and walked out.

Their anger had been stoked by lies and disrespect from management at the colliery in northern Dauphin County. A year earlier, in February 1885, the miners had taken a 10% “temporary” pay cut during a downturn in coal prices on the market. By February 1886, that reduction in wages was still in place despite the resurgence in coal prices.

When company officials refused to negotiate, workers in Williamstown went on strike.

In this era before an industry-wide movement, this action was an absolute last-ditch and dangerous effort. With little support from workers in adjacent collieries, the people of Williamstown, miner and non-miner, were on their own against the Pennsylvania Railroad Company. When the strike was initiated on March 1, 1886, Williamstown was said to be in a deep gloom, as everyone anticipated a long battle against the company.

By May, the company continued their refusal to negotiate. Williamstown’s miners sought to shape and mold public opinion to their side. They published the following letter in the pro-labor Harrisburg Independent on May 13, 1886.

Grievances of the Men Employed There

We, the workingmen of the Summit Branch Railroad Colliery, operated by the Pennsylvania Railroad Company, beg leave to submit our grievances to the public, which are as follows: On the 1st of February, 1885, we had been working under the said reduction up to March 1, 1886, when the men would not submit to the imposition any longer and came out on a strike. We have tried for the last six weeks to settle our grievances in every possible way.

On February 8, the following petition was sent to the Company:

“Mr. T.M. Williamson, Superintendent of the Summit Branch Colliery – We the employees of said colliery, do hereby notify you of our intention to suspend work on the first day of March, 1886, unless some satisfactory arrangement can be made between now and that time regarding the ten percent reduction submitted to one year ago. We feel confident that you will carefully consider the matter, knowing full well that we are asking nothing more than our just dues, believing and expecting that our petition will be granted.

But is there any just cause why the ten percent should not be given back to us? We are ready to confer with the officials of the company and discuss the matter thoroughly. The fact is this: we are willing to do anything in reason to avoid that abominable thing, a strike; but if, on the other hand, the officials of the company cannot prove to us that we are not entitled to what we ask for, or other reasonable cause why the company cannot grant our request, we greatly dread what seems to us inevitable – a strike. Hoping and trusting that peace and harmony may prevail between all parties concerned.”

The answer we received to the above is as follows:

“The company cannot grant a raise owing to the depression in the coal trade.”

We wish to inform the public that heretofore we have been governed by the Schuylkill County basis, and as we are at present ten percent below the wages paid in the above named county, we consider our cause a just one, and we are determined to resist this imposition. Since the above we have met the Vice President and the General Manager together with Mr. Williams, Superintendent, and they have always given us tht esame answer. They want to impress us with the idea that they are acting justly and honestly and when asked if they would submit to arbitration they invariably answered, “no sir.”

During the time that Major Joseph Anthony, Superintendent, and William E. Thomas, inside foreman, managed the mien there was very little trouble between the Company and their employees. When Major Anthony and William E. Thomas resigned, J.R. Fell became Superintendent and James Cox inside foreman. From the time that this party took the management up to the present time the employees have received very ill treatment.

In fact we could not get any satisfaction.

Inside Foreman Cox especially has acted toward the men without any sense or reason. Even when asked questions regarding the work he would give no satisfaction, but turn on his heel and walk away, showing his utter contempt of them, and on more than one occasion when requested to deal justly he has brutally insulted the poor miner who would dare to reason with him. Further he has victimized and kept them, their wives and little children suffering for months to gratify his own selfish purposes.

Gentlemen, we are men and all we ask is to be treated as such. We therefore return our sincere thanks to the different Branches and Assemblies; to all our friends and the public in general for their support in the past, at the same time praying each and all to continue their contributions and do all in their power in the future to aid us in our struggle to maintain our rights. Our cause is your cause, if we stand you stand, if we fall you fall. Let us then each and all throughout the Anthracite regions, deeming it one common cause, do your utmost to make it a grand and glorious success, remembering that it is not only for us but for our children that we are legislating.

Our action of today will entail either slavery and dishonor on the one hand, or freedom and grand success on the other. Which shall it be? It is for you to say.

By order of the Ways and Means Committee.

This was essentially a last-ditch effort to seek public outrage at the Pennsylvania Railroad and its mining officials. That effort failed, along with efforts among Williamstown miners to inspire strikes at P.R.R. mines in neighboring Wiconisco Township.

By June, the miners were out of money and the small donations coming from neighboring communities could not sustain a town of nearly 3,000 people. The miners at Williamstown were forced to give in – miners went back to work without any increase in their wages.

Workers at Williamstown did not take action like this again until 1900, and even then they had the hard lessons of 1886 playing in their heads. Williamstown was among the last collieries to quit working during the 1900 Coal Strike.

The danger these workers faced going it alone against a corporate behemoth like the Pennsylvania Railroad Company makes their brave stand all the more courageous. It also shows us that when the cards are stacked against workers, collaboration, organization, and unity are vital. The United Mine Workers of America’s successful 1902 Coal Strike demonstrates that.