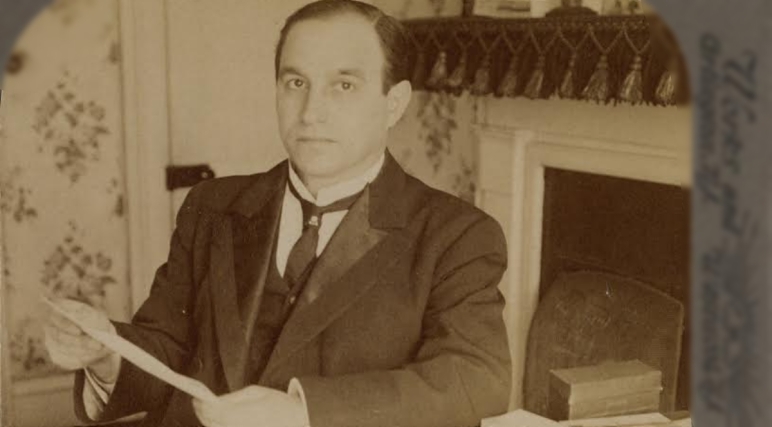 On the evening of Saturday, May 10, 1902, local leaders of the United Mine Workers of America met with their president John Mitchell in Scranton to make a fateful decision. Should the UMWA launch a strike across the entire anthracite region to gain concessions from the brutish coal company executives who refused to so much as recognize the union?

The miners were looking for the elusive 8 hour workday, an increase in wages, and recognition of the UMWA as the union representative of miners in the Coal Region. On these fronts, coal company executives scoffed and refused to budge.

The intransigence of the coal companies ultimately made the decision of John Mitchell and the local executive committees of the UMWA an easy one. They decided to temporarily launch a strike among nearly 150,000 workers and set up a convention where union locals could gather to vote on the decision to formally launch the largest strike in the history of the Coal Region.

In an address submitted to local newspapers on the evening of May 10, Mitchell laid out the reasons for the strike and how the UMWA planned to proceed. Mitchell also ordered the protection of coal company property during the strike, a point that received much press and popular approval from across the Coal Region.

Below is the address, as published in the Scranton Times-Tribune:

To all Anthracite Mine Workers of Pennsylvania.

Gentlemen: The executive committee of the Anthracite Mine Workers, who were delegated by the Shamokin convention to represent you in the negotiations with the mine operators and railroad presidents to obtain, if possible, higher wages, shorter hours, and better conditions of employment, have exhausted all peaceful, conciliatory and honorable means at their command, and have failed to secure any concessions of a tangible nature, and, while under the resolutions adopted by the Shamokin convention, authority was vested in the executive committee, should they fail in the negotiations, to inaugurate a strike at whatever time in their judgment held out the greatest promise of success, the committee, after three days’ serious deliberations, feel that in justice to themselves and the Anthracite Mine Workers and those dependent upon them, before a joint strike is inaugurated, the question should be further considered by a delegate convention in which representatives from the local unions shall be fully instructed by their constituents and prepared to vote either in favor of or in opposition to a complete cessation of work.

In the meantime, all persons employed in or around the collieries, stripping, washeries and breakers are instructed to temporarily abstain from working, beginning Monday, May 12, 1902, and continuing thereafter until after a final decision is reached by a delegate convention, which will convene on Wednesday, May 14, at Hazleton, Pa.

The executive committees recommend that special meetings of all locals be held on Monday afternoon, May 12, for the purpose of selecting delegates and considering the question involved, and it is especially recommended that specific instructions be given delegates as to how they shall vote on the proposition, to inaugurate a strike or to continue to work under the present conditions.

The instruction for all men to suspend work on Monday does not include firemen, engineers, pumprunners, or other laborers necessary to preserve the properties of the operators.

On Monday, May 12, whistles blew at collieries across Eastern Pennsylvania, but no miners showed up for work. As ordered, the engineers and pumpmen necessary to keep water out of the mines appeared.

The local chapters of the UMWA voted to formally support the strike in Hazleton on Wednesday, May 14 and the Coal Strike of 1902 was officially on. By the autumn, it had created a national crisis and changed the course of American labor history.

Featured Image: John Mitchell at his desk in 1906 (Catholic University of America Archives)