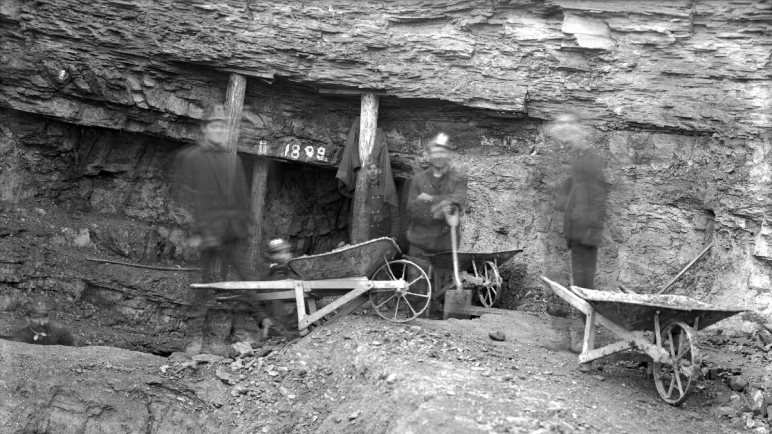 In August 1830, Charles Miner put pen to paper to describe the burgeoning coal industry in Pennsylvania’s Wyoming Valley for Hazard’s Pennsylvania Register. Miner knew the anthracite industry well – he had been intimately involved with the first mining venture at Mauch Chunk that sent coal down the Lehigh River to Philadelphia on an ark during the War of 1812.

This will mark the first in a series of posts on Miner’s letter, as it is quite detailed and extensive.

It is more than two months since I promised a friend in Philadelphia, to give him such information as I possessed respecting the Luzerne Anthracite Coal Region; but harvesting and the extreme heat, have heretofore prevented. Yesterday, I received a letter from a gentleman dated Pottsville, July 30, 1830, from which the following is an extract:

“Having very frequently been applied to for information relative to the Susquehanna Coal Region, particularly the Wyoming and Lackawanna – and believing that you are better informed respecting the quality of Coal, price of land – of mining – distance from and facilities of getting to market, etc. than any other man – I have presumed on your long friendship, to address you on the subject.

Speculators and enterprising men in this vicinity, are seriously looking towards the Susquehanna, and indeed, some considerable purchases have already been effected – yet persons generally are wholly ignorant of the advantages possessed by that region.”

Thus reminded of my promise, I take the matter in hand, and will endeavor to give such facts and remarks as shall place the subject in as clear a light as possible, consistent with brevity.

In presuming to make this letter a public instead of a private communication, thus answering several at the same time, allow me in justification to say – that I went to Luzerne in 1799, and removed from there in 1817. Having published a newspaper in Wilkesbarre the chief part of that period – in 1810 having aided the Marshal in taking the Census – having been considerably in public life, being 3 years a member of Assembly from that county, it must be obvious that business would lead me to mingle among the people; to travel much of the hills and valleys – to become acquainted with the situation of places deemed eligible for business, and to inquire into, suggest, and explore, the best routes to market. 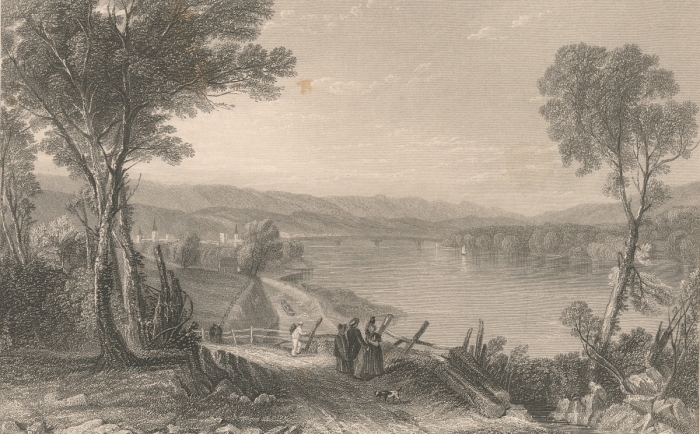 Since that period, business has led me to Luzerne almost every year, and I have made it a point to examine the whole coal formation again and again, both as an object of private interest and liberal curiosity. The particular concern I have taken in the subject will be readily imagined, when I mention that, during the late war, in company with Jacob Cist and John W. Robinson, Esqrs. I commenced working the Mauch Chunk mines, now so justly and far famed – that we sent some thousand bushels to Philadelphia – introduced the Anthracite there with no inconsiderable difficult and expense, gained some credit for enterprise, and on my part, lost a good deal of money, for just as our preparatory expenditures had been made ad the Coal was getting into demand, Peace fortunately for our country, came, and opened a way for Liverpool and Virginia Coal, to our exclusion.

I feel, therefore, upon the subject of coal, and especially the coal region of Luzerne, that I am authorized to speak without incurring the imputation of vanity or presumption.

I proceed then to reply to enquiry made – “Respecting the quality of the coal?”

There is every variety, from almost pure carbon to that which is mixed with slate, until it becomes worthless. On the hypothesis that anthracite is not a mineral, but formed from deposites [sic] of vegetable matter, (which was the opinion of the late Mr. Cist, whose sentiments are worthy of great consideration,) it would follow that the centre and lower part of the mines would be most pure, and as you approach the upper part, be more mixed with impurity, until gradually degenerating, it changes or runs into slate. Such seems to be the fact. Those, therefore, who have seen only the outer stratum, might pronounce it indifferent or bad; while those who only see the better veins, would say it was superior.

In point of fact, and I assert it confidently, the Luzerne coal is quite equal to that of Pottsville or Mauch Chunk, taking it generally; and were I called upon to express a preference, it would be rather in favour of that of Luzerne. There is a vein of several feet in the Baltimore Bed, which is pure and beautiful beyond description, and the mine recently opened by Messrs. R. Miner and Z. Bennett, is remarkable for its purity and excellence, so far as explored.

The last mine I mention more particularly, because Professor Silliman in his interesting, and in the main, very correct notes on the Susquehanna & Lackawanna basin, speaks of this as only 5 or 6 feet deep. That is the depth to which coal has been taken out. The auger has been sunk 18 feet 4 inches into solid coal and is not yet at the bottom. It is not necessary to depreciate the Schuylkill or Mauch Chunk coal to elevate that of Luzerne. I would not if I could. No one takes a more lively interest in the success of the Mauch Chunk Company , especially, whose wonderful sagacity, enterprise and perseverance, I have reason o know, deserve all praise. The coal is good enough, and that of Luzerne is in no way inferior. 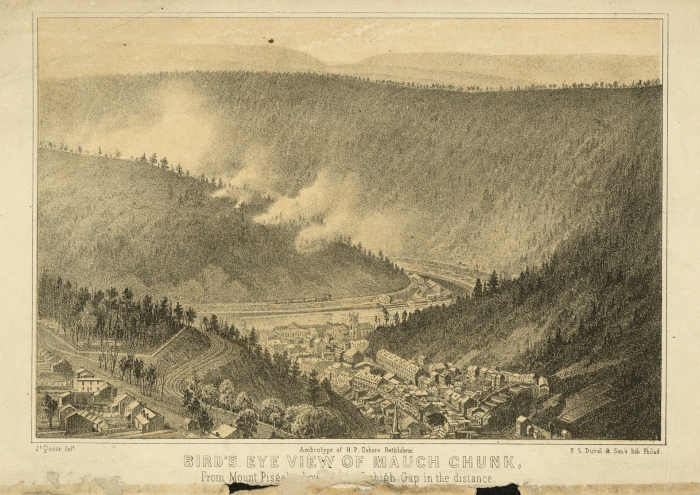 “The Price of Land?”

From ten to twenty dollars an acre, some of it very tolerable farming land. If there are houses and improvements on the lots, they might increase the cost.

From 40 to 50 cents a ton after the mine is opened. The valley being very productive, provisions and extra hands, plenty, reduce the price of labor considerably.

We will share more of Miner’s essay from August 1830 in future posts.

Featured Image: An anthracite mine operated by the Delaware, Lackawanna, and Western Railroad somewhere in Northeastern Pennsylvania – National Park Service