Three images in the collections of the New York Public Library reveal details about “coal breakers” and their importance in the business and culture of Pennsylvania’s Anthracite Coal Region.

Pottsville photograph A.M. Allen traveled north from his studio to the wild coal lands north of Broad Mountain in order make the photographs of an anthracite mining operation in the vicinity of Mahanoy City, Schuylkill County. 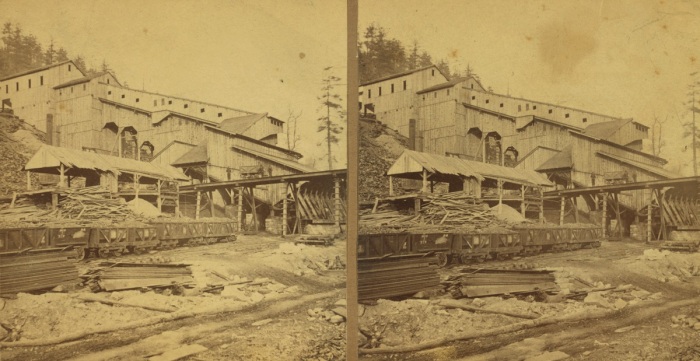 The images reveal a number of interesting elements of an anthracite operation in the years after the Civil War.

The fact that Allen photographed three shots of the same breaker demonstrates the importance of these buildings to the culture in the Coal Region. Other photographers also focused their lenses on the monstrous, noisy buildings where coal was shaken, sorted by children, and cleaned before it was shipped to big cities on the Eastern Seaboard. Coal breakers came to symbolize the industry, danger, and dominance over nature exhibited in the once wild lands of Eastern Pennsylvania. Dozens of breakers came to stand across the Coal Region and were a testament to how the coal industry came to dominate the region.

Today, none of these 19th century coal breakers remain.

One thought on “Photographs: A colliery in Schuylkill County”