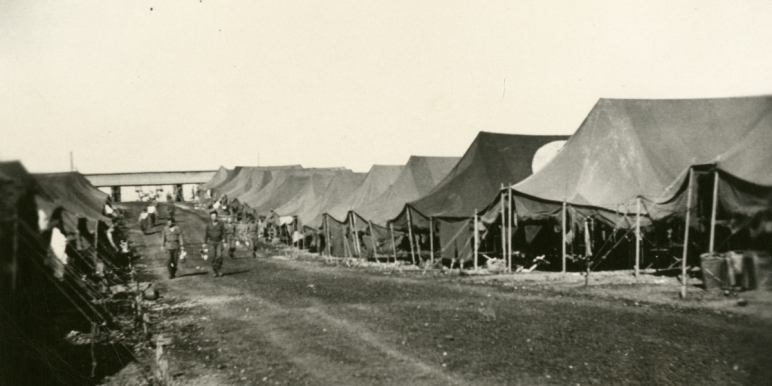 A broken screw on the USS Mount Vernon just ten minutes before we were to take the plank this morning has temporarily slowed our shipment to the states. The troop ship has been towed to Gibraltar for repairs, and we are scheduled to leave in about five days, probably Monday, the first [of] October.

The trip home requires about seven days, and we will dock at Hampton Roads, near Newport News, Virginia. I will arrive at Indiantown Gap, Penna., prior to coming home.

We arrived here from Rheims on Friday, and certain elements of the Ninth Armored have already left for America.

Featured Image: Calas Staging Area near Marseilles, France, where Schwartz awaited his return to the US (National WW2 Museum)

One thought on “Letters from War – Return to the United States delayed by a broken ship propeller, September 1945”