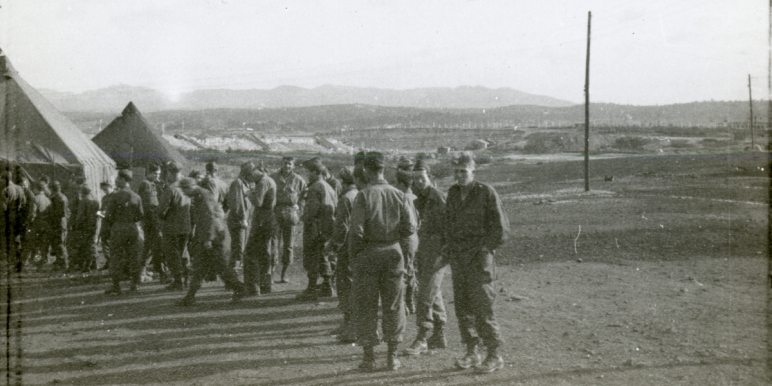 We arrived here at Camp San Antonio by train from Germany last night.

Camp San Antonio is one of 18 camps in the assembly area named at U.S. cities. It offers fast processing of troops being redeployed and, besides, has an array of P.X.’s, theatres, churches, athletic fields, and a huge American Red Cross Club.

Before leaving Rheims by train on Wednesday, September 19, for the Colas Staging Area near Marseilles, I will spend Friday in Paris. Rheims is the home of the “little red schoolhouse” where the Germans signed the surrender terms.

One thought on “Letters from War – Camp San Antonio near Reims, France, September 1945”