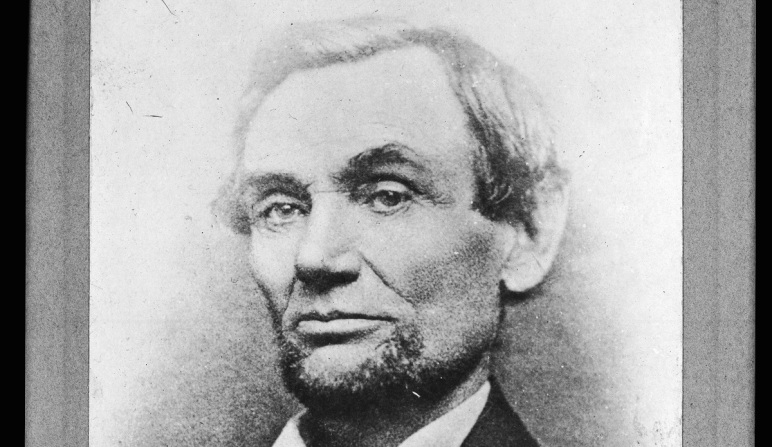 In the dangerous days between the Election of 1860 and the presidential inauguration of Abraham Lincoln in March 1861, the United States of America was falling to pieces. Numerous Southern states were seceding from the Union and threats of a looming civil war grew by the day. Already, a standoff had begun in Charleston Harbor, South Carolina between secessionists and members of the US Army who had occupied Fort Sumter.

As all of this intrigue took place and the secession crisis escalated, President-elect Abraham Lincoln and his team attempted to build a cabinet. Even this stoked controversy, as Republican politicos sought a place near the incoming 16th president in order to solidify their influence and demonstrate power.

Among the most unabashed in pursuit of a place in Lincoln’s administration was the infamous Pennsylvania political boss Simon Cameron. An already scandal-plagued senator from the Keystone State, Cameron commanded a massive patronage system across Pennsylvania that had tentacles into all aspects of politics, banking, railroads, coal, and industries of all varieties.

At the 1860 Republican convention, Cameron vied for the nomination against Lincoln and numerous others, ultimately throwing his sizable political power behind Lincoln and securing  the nomination for the former congressman and lawyer from Illinois.

In return for his support, Cameron sought a place in Lincoln’s cabinet. He preferred to become Secretary of the Treasury, one of the most prestigious offices in the land. This would place Cameron at the center of the United States government’s financial policy and give the Pennsylvanian unprecedented patronage power with which to expand and reward his network at home.

To this effect, Cameron and his cronies began an influence campaign to secure the Treasury nod. Among those who wrote to President-elect Lincoln was a Presbyterian minister from Pottsville, an acolyte of the Cameron system named Samuel F. Colt.

He penned his letter to Lincoln on January 7, 1861, just days before a slew of Southern states announced their secession from the United States and deepening the crisis that had gripped the country. Colt had one object in mind – help secure Simon Cameron a seat at the table in Lincoln’s administration. 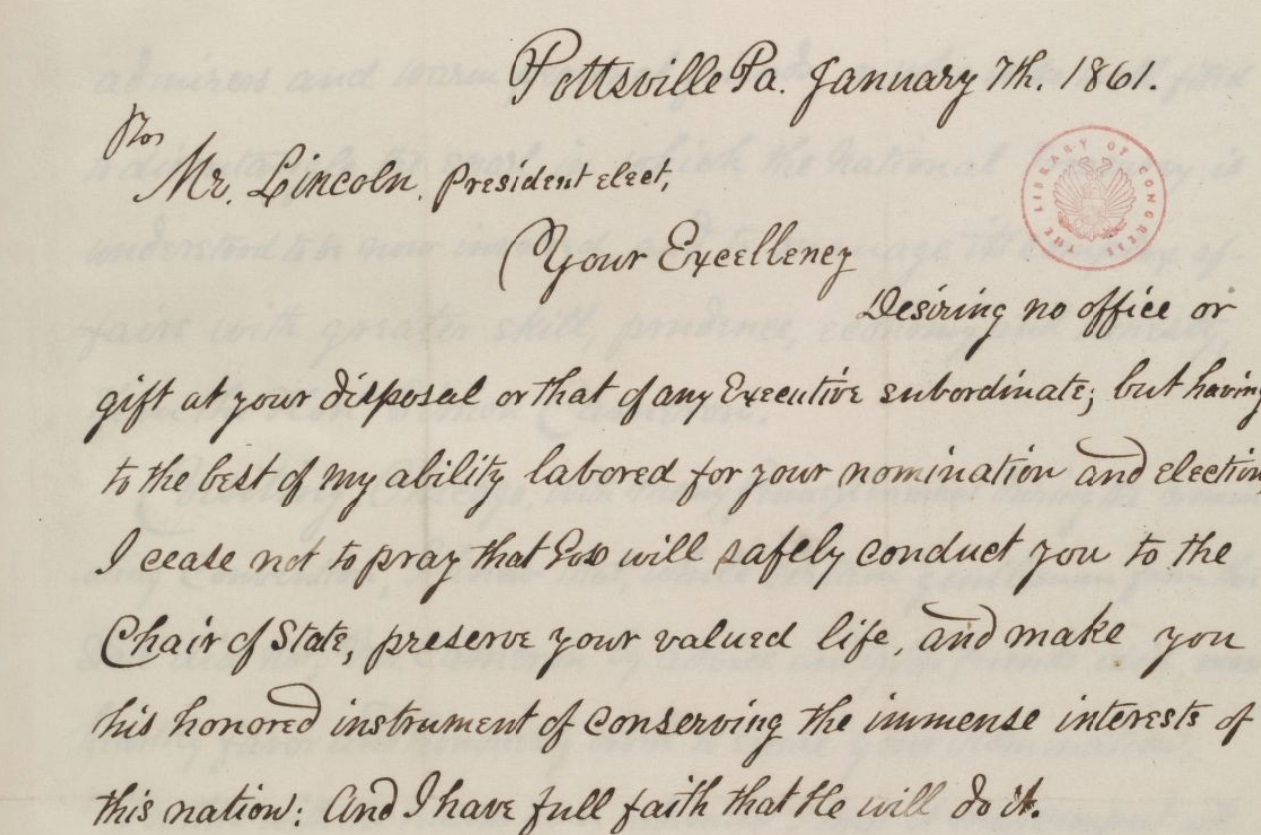 Desiring no office or gift at your disposal or that of any Executive subordinate; but having to the best of my ability labored for your nomination and election, I cease not to pray that God will safely conduct you to the Chair of State, preserve your valued life, and make you his honored instrument of conserving the immense interests of this nation; And I have full faith that He will do it.

The rumors of doubt as to Mr. Cameron’s receiving an invitation to a place in your Cabinet exceedingly grieve me. May I, wholly unsolicited, respectfully suggest, that, if it is your purpose to take any Son of Pennsylvania into your Administration Council, She has no Republican Statesman who did more for your nomination and election, or who, by special legislative and financial experience, by his broad and conservative views, and consistent public record, now commands to so great an extent the confidence of the bulk of the people of this and adjacent States, or who has more admirers and warm personal friend, or who is so well fitted to disentangle the snarl in which the National Treasury is understood to be now involved, and to manage its complex affairs with greater skill, prudence, economy and honesty, than the Hon Simon Cameron.

Visiting Chicago, with many Pennsylvanians during the nominating Convention, I know that, while certain gentlemen from this State did not, Mr. Cameron by advice and by his friends did, most heartily favor and honorably work to secure your nomination. For this with the reasons above indicated I trust it may comport with your sense of Public-good, as it certainly will with Republican principles, to give him an honorable place among your Confidential Advisors. It occurs to enclose this to my friend Hon RM Palmer, Speaker of the Penna Senate, that his “frank” may add endorsement to

Your’s with highest regard and faith

Pastor of the 2nd Presbyterian Church

Such letters on Cameron’s behalf poured into Lincoln’s office in Springfield, Illinois. Ultimately, Lincoln and his transition team wisely decided against Cameron as Treasury Secretary. Instead, they gave Cameron the unenviable position as Secretary of War that would become increasingly important. The Civil War broke out a month after the Lincoln administration was sworn in.

Cameron disgraced himself as Secretary of War, leading the War Department to scandal by giving his Pennsylvania cronies contracts and defrauding the United States government of millions of dollars. Cameron resigned in January 1862, briefly served as minister to the Tsar of Russia, before returning to his home near the Pennsylvania capital. A campaign for the United States Senate in 1863 ended in scandal again. But his powerful patronage network kept him out of jail and returned him to the United States Senate in 1867, a place he held until his son J. Donald Cameron succeeded him in 1877.

As for Cameron’s acolyte from Pottsville, the outbreak of the Civil War gave him a new mission well beyond his church’s walls. Samuel F. Colt signed up to serve as the chaplain for the 96th Pennsylvania Volunteer Infantry in the summer of 1861. He served with the regiment until July 1862, when he resigned and he returned to the 2nd Presbyterian Church in Pottsville.