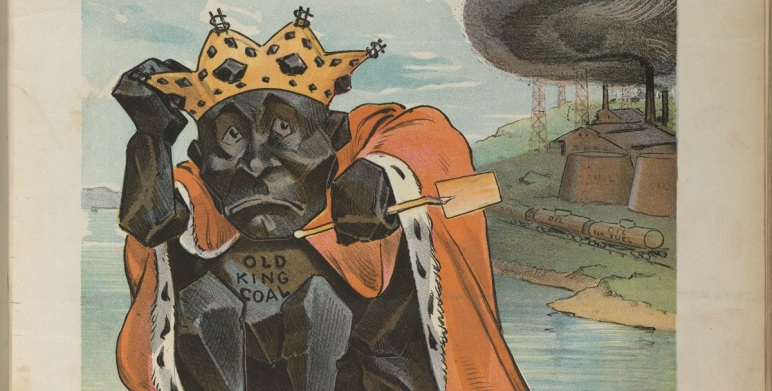 A friend tweeted a link to a Keystone Crossroads story about Schuylkill County recently. After reading the first few sentences, I felt a headache building, one that did not go away until hours later.

Reporter Jen Kinney’s excellent piece on a newly opened Blaschak Coal Company mine in Schuylkill County explores the story behind the Trump induced headlines about coal jobs in Pennsylvania.

What she found were two different interpretations of recent news in the Coal Region. One from local residents and officials in towns and communities, especially in Schuylkill County, and the view from those in the coal industry and those closely associated with it.

The two views are summed up by these two quotes:

“We’re not dead yet, we’ve still got a pulse in Mahanoy City. Thank god Trump lifted all the regulations on coal…coal is gonna be king.” – Tom Maziekas, borough council president of Mahanoy City

“Coal is not coming back. Coal in the U.S. will never come back. Trump is a liar. Trump gave hope to a group of people I respect, admire, and have spent my working career with. He lied to them because they were desperate for hope.” – Art Sullivan, a mining consultant in western Pennsylvania

And there is your dividing line in the Coal Region. The belief that the days of anthracite coal are coming back is tied up in the divisive politics of the day. The reality on and in the ground is that the anthracite coal industry, while experiencing a minor boost at the moment, is relatively stable, providing slightly less than 1,000 jobs in Pennsylvania. They hey-day of anthracite mining in the Keystone State, the early 20th century, will not be returning. The days when the industry employed tens of thousands of people and single-handedly drove the region’s economy are gone forever.

While President Trump has made a big deal about getting miners back to work, his talk has largely been just that – talk.

Efforts are indeed underway to find new, innovative ways to restore economic stability in places like Schuylkill County. Kinney has done an excellent job of highlighting those efforts and contextualizing them against the backdrop of the focus on coal jobs in this part of the Keystone State.

Finding new solutions to the economic and societal problems in the Coal Region requires looking forward, not backward.