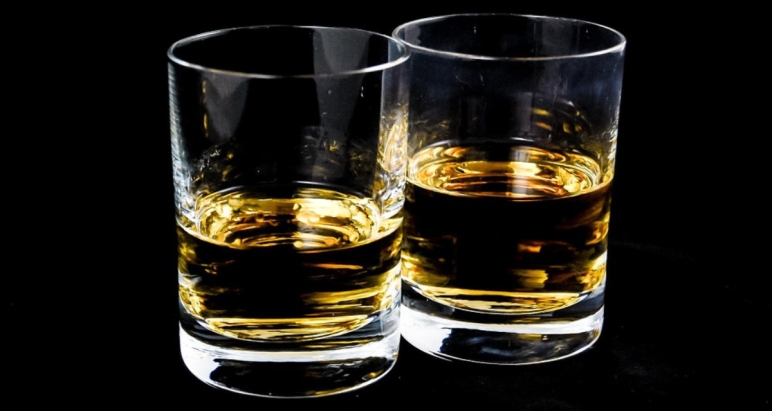 They called it the “wettest part” of Pennsylvania and in the holiday season of 1926, the Anthracite Coal Region did not disappoint.

An enterprising reporter for the The Plain Speaker from Hazleton decided to survey the illicit alcohol trade in the Coal Region. His article, “Lots of Booze for Christmas,” highlights how the alcohol trade worked during the Prohibition era.

The  18th Amendment banned the sale of intoxicating beverages beginning in January 1920, but the hardscrabble mining regions of northeastern Pennsylvania refused to comply. In the mountains and valleys of Carbon, Luzerne, and Schuylkill counties, illegal stills were relatively easy to hide from state and Federal authorities. What couldn’t be made locally was brought in by bootleggers who traveled outside the region to bring in rare bottled liquor, for a hefty price of course.

Similar to other parts of Appalachia, the Coal Region managed to keep the alcohol flowing through a system of illegal stills, bootleggers, and peddlers who sold in stores and on the streets. Those agents and police officers attempting to enforce Prohibition found resistance in nearly every quarter in this wild quarter of the Keystone State.

And the reporter who dug into the alcohol business in Luzerne County in 1926 found a thriving trade where bootleggers openly discussed prices and felt secure in talking to a journalist about the business in “high voltage beverages.” Below, you’ll find the piece that ran on page 16 of the Plain Speaker on December 17, 1926.

Lots of Booze for Christmas

Holiday booze will be just as plentiful in the hard coal regions at Christmas time as it ever was and prices will be “right” announce bootleggers as the last rush hours draw near and the tippling house Rialto and the moonshiners prepare to serve their trade.

Raids by law enforcement agencies do not seem to have any permanent effect on the dispensers of liquid refreshments and the peddlers of undertakers’ cocktails blossom out in various spots this month like the daisies do in May. It is stated that the summary dismissal of six enforcement agents in the coal fields this month has resulted in some resorts that sell high voltage drinks throwing away their keys and running 24 hours of the day.

“Those who want a drink ‘bad’ can get it for $3 a pint,” said one bootlegger in discussing prices, “but when a man comes along who knows his stuff, I am lucky to get $2.”

Genuine bonded liquor is scarce and the person who has a stock in cellar when Christmas and New Year roll around will be popular – extremely popular. There is plenty of safe liquor reaching the coal regions this Christmas time but there is so much adulteration, doctoring and switching that by the time a man steps up to the bar for a “shot with a kick in it,” it is a question whether or not he will “kick the bucket” next few hours or so.

Real stuff can be gotten with a doctor’s prescription but federal enforcement agents are quoted as saying that they have found where bonded liquor in drug stores has been found to be exhausted and good barrel whiskey is offered. In this way, the druggist can put over doctored stuff, probably originating from the spout of some modern still.

Recent testimony in Federal Court at Scranton tended to show that environment and not quality governs prices. The same stuff is sold at from ten cents to fifty cents a drink. Some apparently high class joint would soak the customer 50 cents for a “shot” with a wallop no different from the ten cent shell glass.

Low grade whiskey can bought from $1.75 to $3 a pint, the bootleggers say and in this connection it has gotten to be a joke in the hard coal fields, the way that people who are arranging wedding are approached by bootleggers who want to know “who is to do the buying?”

Grain alcohol is quoted as low as $20 a gallon with the alcohol at that price registering 180 proof or about twice as strong as moonshine. Synthetic gin retails this Christmas season at $18 to $20 a gallon.

There is complaint among the bootleggers who cater to fancy trade that on their trips to the border they are swindled and pay fancy prices for fake whiskey that is not as good as the common grades of the real stuff. Because they buy at the border, they believe the drink has been smuggled over and they find that they have been victimized. The bottles have fancy labels and seals but in reality contain common moonshine.

There will be special attention paid to the wine made in October. Five weeks will turn a mash into a real alcoholic drink and that period has passed. As a result, wine is increasingly popular in the wettest part of the state and lots of from 50 to 100 gallons can be bought any time, for from $1 a quart for inferior product to $1.75 for the best.

Home brewed beer is also prepared for the thirsty celebrants at Christmas and New Year’s. It sells at 50 cents a pint when bottled but at 25 cents if the patron drinks it on the premises.

Scranton reports street peddling of liquor and the peddlers have even gone so far that they have taken to railroad stations to solicit business from those who arrive in the city.

Indications point to the coal regions having a wet Christmas and New Year, judging by the conversations among the bootlegging and booze selling fraternities, whose comments furnish the basis for the above survey.

Today, the Coal Region is known for being home to Yuengling, America’s oldest brewery, which survived Prohibition by selling ice cream and “near beer.” The area has also seen a rise in craft breweries that continue the legacy of alcohol production and sale dating back to the 19th century.

Back to hiking ❤️
#PandemicHair #CountOlaf #Mugatu
And pandemic summer has begun. Found ourselves a corner of Meridian Hill. 🌳
Trekked to Fort DeRussy in Rock Creek Park. Latest stop on our DC Civil War Tour 💣
%d bloggers like this: