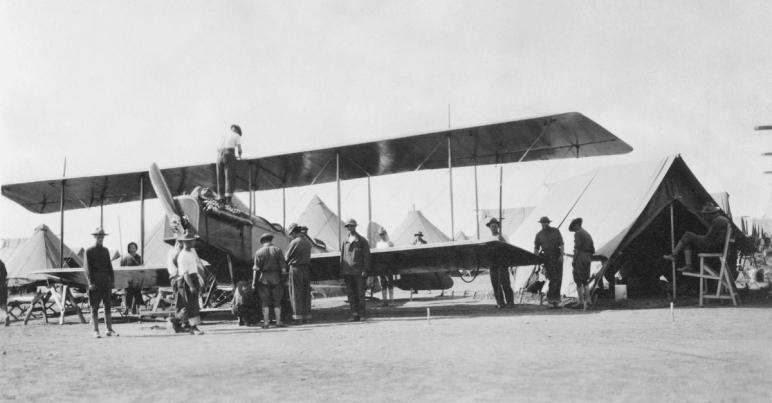 On the day after Christmas, 1917, 23-year-old Private Victor Neiman sat down in his tent to pen a letter to his hometown newspaper.

A month later, the Lykens Standard published the letter from Kelly Field near San Antonio, Texas. The young soldier had recently joined the 72nd Balloon Company as a stenographer.

Seeing in THE STANDARD that other Lykens boys are writing you in regard to doing their bit for Uncle Sam, I shall try to outline this camp and what we are doing to help bring this war to victory.

Having been stationed at Camp Meade, Md., for several months and holding the position of company’s clerk and stenographer for our Captain, I was given a thoro trial and selected to go to the South. For the present am here in Texas, where so many people dread to go, but I’m glad to say that the city of San Antonio is not the worst place on the face of the Earth.

I left Camp Meade, Md., which was the best place I struck yet, and while we boys did not appreciate things there, we later found that we didn’t know a good place when we had it, which is often the case in one’s life. For me it was heaven toward this place called Kelly Field. Kelly Field is divided into two fields, No. 1 and No. 2, and the incoming men go into No. 1 and later are transferred to Kelly No. 2. The men are living and making themselves as happy as possible in tents. There are eight to ten men to a tent and it was so cold at times that I saw fellow brothers of mine go to bed in full uniform and with 4 or 5 blankets to help keep them warm and we are glad that it’s not that way all the time. The sun shines longer here than in Penna., and the moon and stars are so beautiful that it does one good to gaze at each. It is almost as light here at night as during the day.

We left Camp Meade on the 24th of November with 438 men, 11 Pullman cars, and arrived here in four days. We were told by the other boys that we should receive our aeroplanes the following day but I dare say few if any have yet received them. From 20 to 30 machines maneuver over our heads all day long and it is quite interesting to see them do all their fancy stunts. 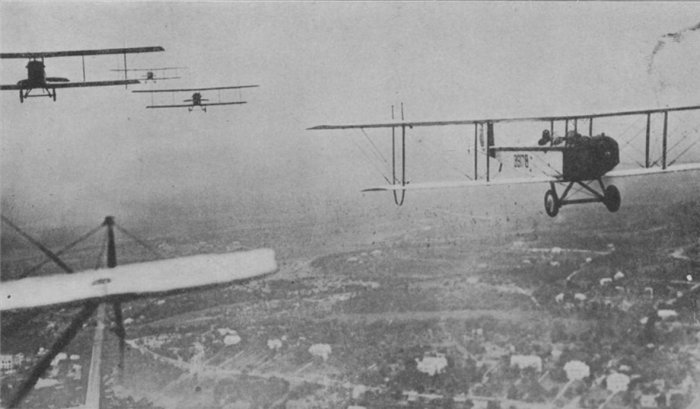 While this camp is made up mostly of enlisted men, during the last few weeks many selected men have arrived and they are treated like fellow brothers and the boys become friendly at once. We are having good times with all the unpleasant things which exist when so large a number of men are moved into a camp on short notice. They are getting the thing down to some system, things are going along nicely and the boys are eager to take the trip across “the lake to get the Kaiser,” and day after day many are leaving for Garden City, N.Y., while others are going elsewhere. For myself I’m with the boys and feel that the sooner we get over there, the sooner we will be able to return to those we love and as the good people are with us in this move we will go on traveling until the victory and peace is ours again.

This camp is visited with sandstorms. I would rather be back in dear old Pennsylvania and travel in ten snow storms than to witness one of these sand storms, for the last one we have to battle with came up while we were in line to receive our evening mess and we didn’t get our mess, for it rose so quickly that we were glad to get to our tents. It last two and one half hours and we had to hold on to the ropes of the tents for fear that they would go with the storm, and the interior of the tents had as much sand and dust as the exterior. After it was all over we were so dirty and dusty that one could not see, due to his eyes being filled with dust. 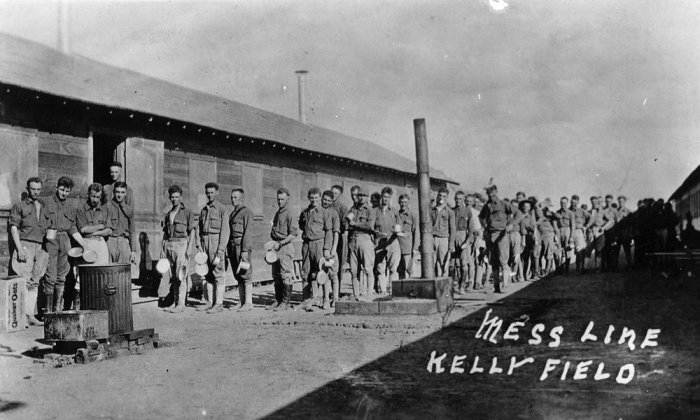 At this time I am working at the headquarters main office, and we have a bunch of fine men mostly from the east. I dare say that every state is represented on this field. I am a stenographer, and while the work is interesting it makes me feel at times that I’m still back in dear Philadelphia, Pa., only I’m a little more pleased with the suit I’m wearing now. I’m also glad to say that once a man is assigned to his squadron or gets into the barracks, his eats are fine and conditions in general much better. There are no holidays in the army as we had to work half a day on Christmas, which was the right thing to do to cause one to enjoy the turkey he received.

Just a word to the Red Cross Ladies for the interest they have taken. I felt grateful for all they have done for me personally, and for the many others who they have caused to be happy by receiving good warm sweaters or whatever it may have been, for they do bring cheer to the hearts of many in various ways.

They are doing great and noble work and the self-sacrificing patriotic duties which they are doing should not be overlooked.

While in Camp Meade I was with the 304th Ammunition Train. Now this move was made and I feel happy that I’m in the highest branch of the service next to the medical, which is the highest. While this war will depend largely on our Aviation branch I’m glad to say I’m in the aviation corps and am looking forward to the day when I too may be able to fly with the many others who are leaving the typewriter and the pencil and make a drive for it’s wonderful and quite interesting.

Am also glad for the noble work and splendid part that the Y.M.C.A. with the Y.W.C.A. are performing and great credit should not be lacking for they are doing a wonderful work. They certainly go the limit to try cheer and comfort the boy who is far from home and who may be a little slow in making himself feel at home. 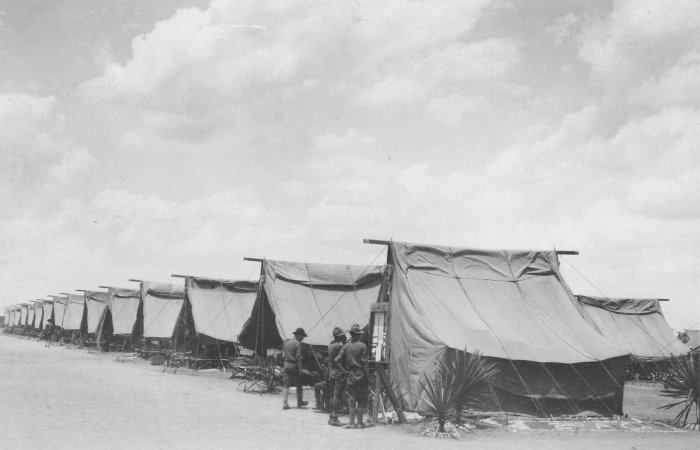 I have no run across anyone from dear Lykens, Pa., but there are many from Philadelphia and Harrisburg, and we have many good times together talking over the past days. I am in perfect health and wish to be remembered to all interested.

San Antonio, Texas, is some city and the people there are doing all in their power to help the soldier boy in every way possible, as do also the Y.M.C.A. and the latter building is open to our needs and is a wonderful help and we receive much comfort and appreciate all which the good people from the various churches are doing having socials, suppers, entertainments, etc. We always have a good place to go and there are many that make use of all these important and interesting entertainments.

Camp Kelly is only six and one-half miles south of the city of San Antonio and is mostly covered with tents. This city has many fine churches and other large buildings such Post-office, up-to-date hotels, and the principal ones are the Gunner, the St. Anthony, and the Alamo, which are in the center of the city and are open to the soldier and his friends.

I’m glad to receive my paper for it certainly helped to cheer me and given one an idea of just what the home folks are doing to aid the cause. Well I suppose this will give you an idea of this camp for the present, so I will close.

Featured image: An aircraft being serviced at Kelly Field. All images in post courtesy of www.3rdattackgroup.org. Check out their page for more information on Kelly Field.