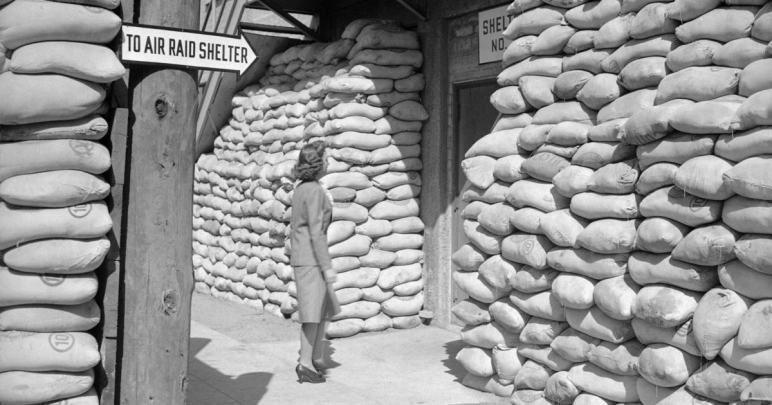 What do you do when the lights go out, the sirens come on, and the bombs begin to fall?

These were serious fears in the United States in the weeks following the Japanese attack on Pearl Harbor. By January 1942, Americans were adjusting to a nation suddenly thrust into war against not only Japan, but also Nazi Germany and fascist Italy.

Americans had spent years listening to broadcasts from a besieged English capital as German air raids pounded London and watched newsreel footage of cities smashed to bits by bombers. Now, they feared it could happen to their own communities. So they began to “Blitz-proof” their towns and villages.

This public service announcement told Central Pennsylvanians what they needed to do in the event of an air raid on the capital of the Keystone State. It was published in Harrrisburg’s Evening News on January 26, 1942 by the Harrisburg-Dauphin County Council of Defense.