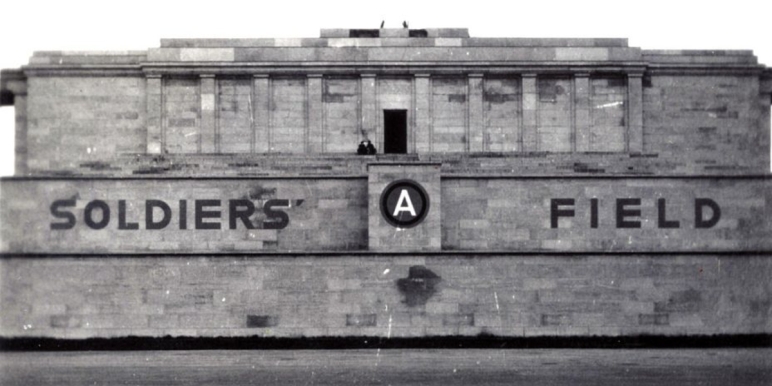 [Undated – but written the week after Japan announced its surrender on August 15, 1945]

Just one or two lines to thank the “Press-Herald” for sending me a copy of the “Letter from Home” week after week. Here lately the paper’s been reaching me in less than a week’s time and I need not mention to how far an extent I appreciate your great favor.

But one if tis numerous accomplishments was shown on the day of May 8, 1945, and again just last week when it was officially announced that Japan had surrendered unconditionally. Again, congratulations on your important contribution in bringing final victory.

From December 7, 1941, to that momentous day last week, from the beaches of Oran to those of Sicily, from the Normandy coast to the heart of Berlin, from the ruins of Pearl Harbor to the beaches of Okinawa, and from the most northerly tip of Maine to the coast of California, your newspaper constantly gave us hope and inspiration.

It was read in the sands of North Africa, on the mountains of Tunisia, on the streets of London, in the hedgerows of Normandy, in the hotels of Paris, and in the ruins of Berlin. In the Pacific, in the foxholes on Iwo Jima, New Guinea, Ie, Luzon, Wake, Guam, and the Marshalls, and in the seats of our huge Super Forts on their flights to Tokyo, Hiroshima, Yokohama, and Nagasaki.

I know your contribution was read with interest all over and when I say “Thanks a million times,” I am certain I am speaking correctly for the Pine Grove and Tremont airmen shot out of the many times dark skies, for our boys – the infantrymen and Marines – who had to die in mud, and the hometown sailors who died at sea.

We are kept very busy at present. As you may know by now, the 26th Infantry Regiment of the First Infantry Division has complete control of the coming War Criminal Trials to take place here at the Palace of Justice.

Goering, ace of Germany’s once powerful Air Force, Von Papen, and a number of other highly-classed Nazis have already arrived here by huge dull-painted C-47 Transports from the prison in Luxembourg. We are guarding important buildings, the main streets of Nurnberg, the Palace of Justice, and prison cells on a large scale.

The First Division Engineers, who in wartime built the bridges across the Seine, Moselle, Roer, and Rhine, are at present repairing the bomb shattered courthouse with the help of a large group of SS troops taken prisoner during the war. The First Division Signal Company is busy installing communications including hundreds of telephones to be used to carry the news of the trials to all parts of the globe. Hundreds of correspondents are already here to cover the trials for every paper in the world. So you see we will be kept quite busy for a while.

The G.I. Olympics were a grand success. Record times were turned in on a number of the events, despite a wet track, and despite a downpour of rain, close to 20,000 soldiers, sailors, nurses, and Wacs were in the stands of Soldiers’ Field Stadium. An Army band helped fill in the very few dull moments, the American Red Cross served ice cold American beer and Coca-Cola, and hot doughnuts, and each person was given a handy program booklet through the courtesy of the United States Third Army which sponsored the affair. The meet was broadcast over the Allied Forces Network (AFN), Munich, directly from the stadium press box.

General George S. Patton, Commander of the Third Army, was present and helped make the day a very colorful one. At the close of activities, while American Thunderbolts, Lightnings, and Mustangs flew at almost stadium top level, “Old Blood and Guts” in a speech over the loud-speaking system, said, “and you are still the best God damn soldiers in the best God damn Army in the world.”

Hal McIntyre and his Victor Recording Orchestra came here from Munich to play at the Olympics, but due to the rain, this show was put on at the large ampitheatre alongside the stadium in the evening. Bob Hope’s show was also scheduled to play there but due to the inclement weather, Hope put on two night shows in the spacious Nurnberg Opera House.

After the meet, Pfc. Maurice Toothaker, state track champion of Maine in 1939 and a member of my platoon, witnessed the final baseball game of the Third Army “World Series,” played at adjoining Soldiers’ Field – the Nazi Party’s former home – now named in honor of those Americans killed in World War II. The 71st Infantry Division defeated the 76th Infantry Division, 7-1, to take the title.

The First Infantry Division Band furnished the music for more than 40,000 spectators. Here, too, the American Red Cross served beer, Coca-Cola, hot coffee, and doughnuts, and a play-by-play description sent over AFN, Munich.

In the evening we heard Hal McIntyre, and he and his “civilians” had a splendid show for 5,000 troops at the ampitheatre. More than 8,500 people attended Bob Hope’s performance at the Opera House, where once were held the highest-classed operas in Europe.

During the day, announcement of Japan’s surrender came over the loud speaker through the courtesy of the “Stars and Stripes” news office at Altdorf, on the outskirts of Nurnberg, and the sudden flash practically lifted the roof from the stadium. G.I.s threw their caps and coats sky-high. One G.I. threw (in happiness!!!) an empty beer bottle at Patton standing down on the field directly in front of the main grandstand. The bottle came to within two feet of the general.

Soldiers and sailors hugged and kissed beautiful Red Cross girls who were forced to take a break from their duties behind the counters and in the stands. Wacs threw their arms around the male half of the U.S. Army present and kissed them in appreciation of the war’s end. Each individual threw all his available doughnuts at someone three or four rows of seats down further. Instead of holding on to their colorful programs for souvenirs, spectators showered the playing field in red, white and blue – the colors of the booklets issued to whoever attended.

The band played continuously until the bulk of the joy-making was all over with, including favorites such as “Tipperary,” “Yankee Doodle,” “Beer Barrel Polka,” and “Pack Up Your Troubles.” Patton led the singing of “God Bless America,” and G.I.s, male and female, jitterbugged laughingly on the wet cinder track of beautiful Soldiers’ Field Stadium.

As each minute passed and the noise became more and more thrilling, the various Allied Nations’ flags all around the top of the huge bowl-shaped stadium seemed to flutter so much the harder, and American airmen took part in the show by diving their aircraft to almost stadium-top level, just as they always did, even when enemy planes were plentiful and flak was thick. That’s what I saw when Japan called it quits.

I shall return to our preparing for the War Criminals’ Trials. Before saying “aufwiederschen,” I again wish to say “thank you” for that grand contribution to our war effort. What it mean to you to send us the Press-Herald week after week I may not know, but what it meant to a man or woman away from home in the service, I am sure I do know.

Until I will be able to write again, good-bye, and don’t forget to tell Miss Bashore, Miss Miller, and whoever concerned, my appreciation for your regular “Letters from Home.”

P.S. – For the past number of weeks I have been receiving cards and letters in large numbers, congratulating me on the Distinguished Service Cross. Many are signed by persons whom I either forgot or never did know. Just how soon I will be able to recognize all these cards and letters depends on the future work caused by the war trials, but I hereby promise all these individuals that I am definitely holding on to their mail until some time when I can make myself sufficiently comfortable to answer every means of congratulations coming in.

And I do not have their address, so I wish to hereby say to two of my hometown buddies – Earl Huber and Arthur Achenbach – “Thanks a million and one times for remembering me in your interesting letters to the Press-Herald. I find it hard to express my thoughts of appreciation on paper, but until the day when we again shake hands, the only thing I can find to say right now is a very simple “Thank you.” I hope I can further express my feelings to you by meeting you both in the town which you will agree is THE BEST TOWN in the world, very soon. Earl, if you ever get into Nurnberg, you will discover that our air force and the R.A.F. have done a mighty fine job, but don’t let it keep you from dropping in for a visit.

I am located at the 26th Regimental Headquarters in the S-2 office, and it’s next to the famous American Red Cross Club which officials classify as better than any Red Cross club in London or Paris or any other place. It would be wonderful to get together once again, and if you don’t get here by the time the trials are over, I’ll take my jeep and come up to see you. So long, “Blackie.”

Featured Image: Soldiers Field in Nuremberg, Germany in the summer of 1945 (Chevrons and Diamonds)