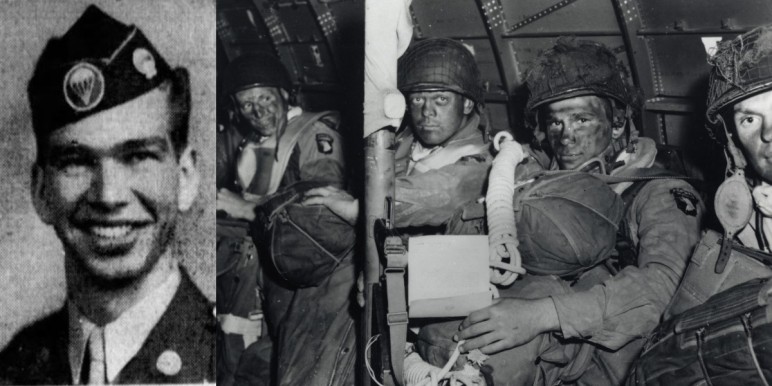 On the 75th anniversary of D-Day on June 6, 2019, we posted the following account to the Wynning History Facebook page. It’s time for it to hit the blog:

A riveting account written by a Coal Region native who jumped into Normandy with the 101st Airborne Division on June 6, 1944:

“We jumped around 1:30 a.m. D-Day morning. The bullets, tracers, were coming at us from a thousand different directions. Pretty, but when they’re aimed at you it’s a different proposition.

I was 16th in line. I went out head first, and got down through all those bullets ’til I could see I was going to land in the water. Plenty of it, too. I hit off shore about 10 feet; wind caught my chute, which never collapsed, and off I went to the middle of whatever it was with the chute dragging me upside down into deep water. I finally go the air out of my chute and cut myself loose with the knife in the sheath on my leg. It took about 20 minutes to get out of my harness and get under way towards the shore.

A first lieutenant and I got together nine other men, formed a party and took towards what we thought should be our objective.

All night we were kept busy dodging bullets and obstacles. And from then on it was fighting and plenty of it.

It’s been a lot of fun, even though it’s your life at stake all the time…”

Private Jack S. Robins wrote that account in a letter to his parents in Chinchilla, Lackawanna County. The letter was published in part in “The Scrantonian” in July 1944. Robins survived D-Day and subsequent combat with the 101st Airborne and left the service as a sergeant in November 1945. 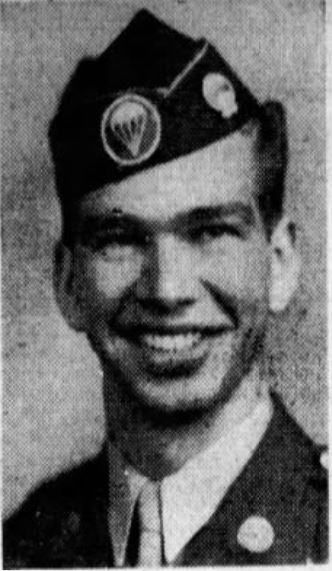 You can read about Private Robins and his experience during Operation Market Garden in September 1944 by clicking here.