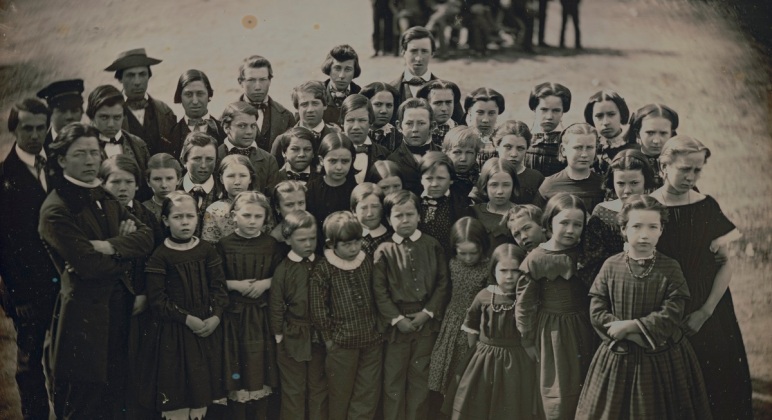 In the spring of 1855, medical practitioners and school administrators in Schuylkill County held a meeting to pound out the details of a new rule requiring the vaccination of all children attending the public schools in Pottsville.

In the mid-19th century, smallpox was by far the most feared and dreaded disease facing residents of the Coal Region. It was also one of the few diseases in the era that had a widely-known and successful preventative. Vaccination against smallpox became fairly common in the early 19th century after the work of Dr. Edward Jenner in England became well-known and accepted. Here’s an article on how vaccination worked in the mid-19th century from my workplace, the National Museum of Civil War Medicine.

The decision to enforce vaccination in children proved controversial, as discussed in the article from the Pottsville Miners’ Journal in April 1855. However, medical and school officials understood this to be the only way to prevent a possible outbreak of smallpox among vulnerable students. This danger had been demonstrated during an outbreak that forced the closure of Pottsville’s schools in 1854.

At a late session of the Pennsylvania State Medical Society, an able discussion was had as to the best means of overcoming certain strange and unreasonable prejudices, particularly among the foreign portion of our population*, against Vaccination, and of introducing it more generally as the only known preventative of that universally dreaded disease, the Small Pox.

Acting upon the suggestions, there thrown out, the Medical Society of this county recently appointed Drs. Housel and Corpenter a Committee to confer with School Directors, for the adoption of such wholesome regulations as to ensure the end desired. Accordingly, the matter was introduced at a meeting of the Board of Directors of the Borough Public Schools, on Monday evening last, when after a full discussion, the following resolutions were unanimously [emphasis in original] adopted:

Resolved, That in accordance with said recommendation (of Medical Committee), after the first of June, 1855, no pupil will be permitted to attend the Public Schools of the Borough of Pottsville without first presenting a certificate from an authorized physician that said child has been properly vaccinated.

Resolved, That a copy of these resolutions be furnished to the parents and guardians of the children attending the Public Schools of the Borough.

This sanitary precaution appears the more necessary, when it is known that the Borough Schools were closed last year two weeks earlier than usual, on account of the prevalence of the Small Pox in our midst, and the large number of non-vaccinated children in attendance. The regulation is in every way commendable. School Directors are, in this respect, fearfully responsible for the health of a community, as well as the care of its children’s education; and surely every right-minded citizen will approve the action of our Borough Board, and heartily cooperate with them…

*The Miners’ Journal often espoused vehement anti-immigrant and anti-Catholic rhetoric in the 1850s.

A month later, the Miners’ Journal reminded its readers and the parents of local school children that the date to comply with the order to vaccinate schoolchildren in Pottsville’s public schools was rapidly approaching on June 1, 1855.

Parents will remember that on and after the 1st of June… the Directors of the Public Schools of this Borough will thoroughly enforce the resolution, which provides for the non-admission into the Schools of children who have not been vaccinated. This step is rendered necessary to prevent the possibility of the communication of that contagious disease, small pox, to pupils, by the contiguity of children affected by the disorder.

Upon enquiring, we learn that the physicians of our Borough have generally expressed a willingness to give parents the requisite certificate of vaccination, where it has been effected successfully, so that they will have no preparatory difficulty in procuring the admission to the Schools of their children, under the above resolution of the Directors.

In connection with this matter of vaccination of Public School children, we think it advisable for School Directors in the outer districts to adopt the plan which will shortly be enforced here.

Vaccination of the children must tend to keep the schools free from that dreaded disease, and promote a feeling of security among parents which they have not heretofore experienced in regard to the perfect health of their offspring, while attending the Public Schools. This matter should require their earliest attention.

Efforts to prevent, and ultimately to eradicate smallpox, continued into the 20th century. A worldwide campaign of vaccination led to the eradication of smallpox in the 1970s. The efforts of Schuylkill County school officials to enforce the vaccination of schoolchildren, however, goes on across the United States. Opposition to vaccinations has been on the rise in recent years, resulting in outbreaks of measles and other childhood diseases that had once been kept under control in the United States. The widespread dissemination of bunk “science” and misinformation via the Internet and social media has become a major public health issue in recent years, and certainly hasn’t been improved by the politicization of the COVID-19 pandemic.

We bring this up to note that such issues, as shown by the 1850s campaign to enforce smallpox vaccination, are far from new and can provide a roadmap for experts today.

Featured Image: Schoolchildren and their teacher photographed in the 1850s – Library of Congress