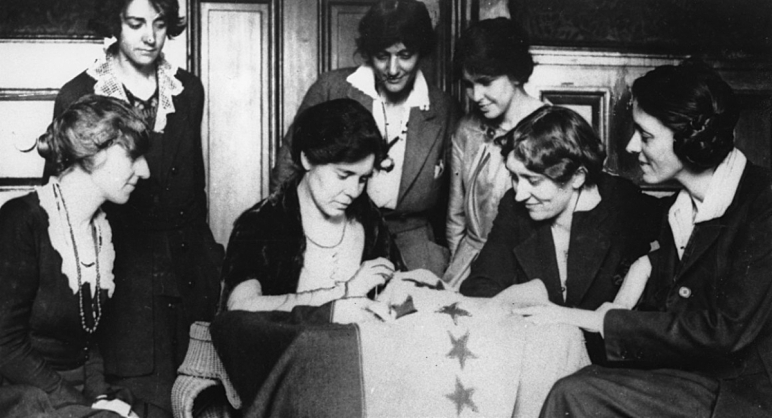 Unlike the women profiled in this Pottsville Republican article in August 1920, the women interviewed by the Wilkes-Barre Record on August 20, 1920 were universally excited at the prospect of casting their first vote in November 1920.

The interviews came in the immediate aftermath of Tennessee’s ratification of the 19th Amendment on August 18, 1920, the 36th state to do so. With the Volunteer State’s approval, the amendment giving women the right to vote was ready for a final signing on August 26th.

These short quotes reflect the opinions of older, middle class women from the Coal Region. Compared with the upper class women of the Schuylkill County seat of Pottsville, these women are much more excited about the prospect of helping to elect the President of the United States for the first time. Their enthusiasm and belief in the power of women voting carries through each interview.

“Women will be the guardian angels in politics in this country, providing they do not employ the methods a lot of men use. I think there will be a housecleaning both locally and nationally. It seems to that women will be able to do now all the little things that have been neglected by the men in the past because of lack of time and interest. Women will go into the little details more in politics because they are mothers and wives, housekeepers and caretakers.”

“All women want to vote at the presidential election and I think the State should permit women to vote this November on age like young men attaining their majority… I am a Republican regardless of the six disgraceful senators we have.”

“I think it will have a decided impact on the coming election. I don’t think the November election can be held without the influence of the women vote being felt.”

“All women are not only interested in child welfare but in the matters of town administration and how taxes and other moneys of the people can be expended to best advantage. There will be many women [voting] this Fall although there will be some who will be timid and uninterested. The suffrage party will make a great effort tot educate women to the realization that it is their duty to exercise the privilege of their vote. There will be many women [voting] according to the way of their male relatives, but the majority will vote for the best man.”

On November 2, 1920, the women of Luzerne County poured out to vote in a driving rainstorm.

“Luzerne County, in company with the nation, had its most remarkable election yesterday,” the Wilkes-Barre Record wrote on Wednesday, November 3rd. “The women, as was fully expected, demonstrated the important part which they were to play and to them…must go much of the credit for the results. They outdid the men in the enthusiastic interest and it was an intelligent interest which they displayed. In many cases, they showed that they understood the ballot better than the men.”