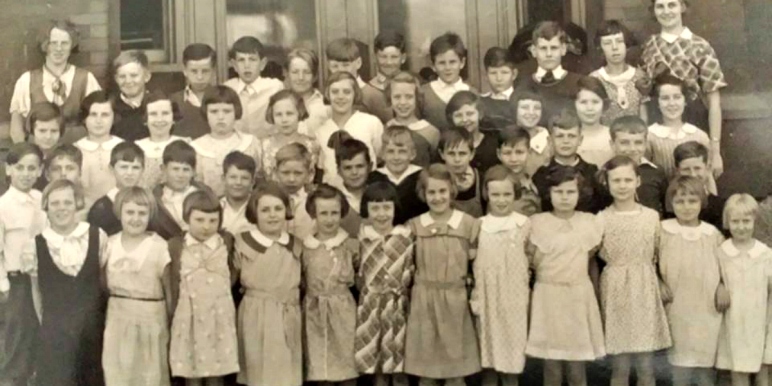 I recently finished reading A Square Meal: A Culinary History of the Great Depression by Jane Ziegelman and Andrew Coe and felt inspired to look into the Depression’s impact on food culture in the southern reaches of Pennsylvania’s anthracite coal region. 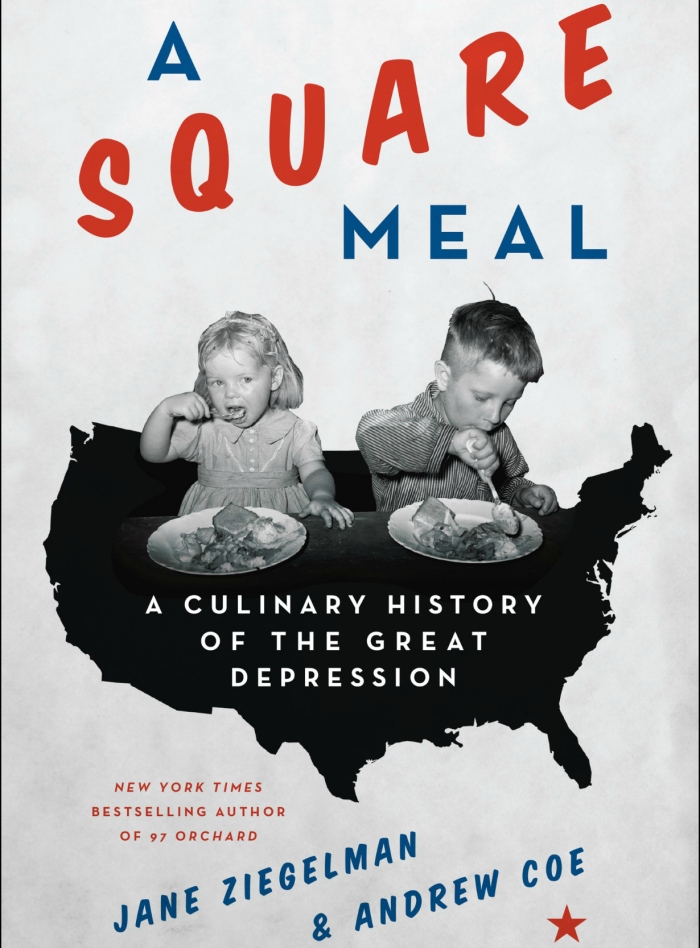 Ziegelman and Coe detail numerous ways that the economic devastation of the 1930s changed the way Americans eat. Among the most compelling was their examination of charity and the differing ways that food was distributed by aid agencies and government bureaus.

The authors look at welfare programs operated in New York City by various government departments and private aid agencies. They give special attention to school children, and how the City of New York innovated a school lunch program to help feed hungry students. As the economic situation worsened in the early 1930s, the need for these lunch programs exploded.

How did officials in the Coal Region handle the food crisis among public school students?

Like many industrial areas of the eastern United States, the onset of the Great Depression in the fall of 1929 devastated the working class families living in northern Dauphin County. The deep mines of the Susquehanna Collieries Company in Lykens, Wiconisco, and Williamstown in the “upper end” of the county struggled after the price of coal collapsed in early 1930.

“How long the collieries will continue in operation depends upon the demand for coal at the reduced spring and summer prices,” noted a Harrisburg newspaper reporter.  More than 1,600 men were subjected to on-again-off-again employment status.

Work stoppages due to lack of orders directly impacted miners’ and their families. With little to no income, these families dealt with hard decisions. Out-of-work miners looked desperately for employment. Some lobbied hard for state government funding for local road projects, an economic stimulus that could provide opportunities for local workers.

In August 1931, local residents met with Governor Gifford Pinchot in order to lobby for such a project, noting the dire circumstances facing local miners.

A delegation of fifteen, seeking immediate employment for miners in Lykens, Wiconisco, and Williamstown, many of whom, they declare, are ‘facing starvation,” met for a conference with Governor Pinchot this morning.

Including prominent residents of Elizabethville, Tower City, Lykens, Williamstown, and Wiconisco, the delegation urged the construction of a concrete highway between Rife and Tower City, which would afford employment to 207 men, who have been jobless since the first of the year.

George W. Parfet… told of suffering among the families of the jobless miners. While 207 men are entirely out of work in the district, the spokesman said that the majority of other workers are given work only eight days in three months. Since the first day of this year, he said many of the men have been given but 74 days’ work.

The construction of the 15 mile between the two… towns would establish employment for many jobless, it was said.

A similar road project began in the late 1930s, much too late to help with the crisis in 1931. The employment opportunities of Franklin Roosevelt’s New Deal were also years away.

So how were these families feeding themselves?

In Williamstown, a community with 3,000 residents in 1930, the American Legion Post filled in the gap for the town’s children between work stoppages.

Although the miners in this section are back at work after a prolonged layoff, the Williamstown Post, No. 239, American Legion, will continue to feed the children of impoverished mine workers, until the end of the month, when the first pay will be made at the Susquehanna Collieries Company.

Upwards of 40 children had been fed twice daily by the legion, observing the plight of the miners, recruited the aid of various business firms and individuals in the vicinity. Food and cash is donated by the local and nearby firms and residents and the legion auxiliary prepares the meals, which are served in the Legion auditorium at 10 o’clock in the morning and at 5 o’clock in the afternoon.

48 children were fed at the morning meal today [August 7, 1930]. While the number has fallen off at times since the resumption of work, the Legion expects that a large number of the children will still require aid until the destitute miners receive their first pay at the end of the month.

As the Depression continued and worsened, the money for these stop-gap measures began to run out. The American Legion Post in Williamstown was supplying “one thousand meals a week to destitute children” in the summer of 1931, according to officials working in the kitchen there. “The expense of this social work,” they added, “has borne heavily on those actually engaged in the function.”

In order to fund such services for local families,  business leaders and officials in Post 239 were forced to get creative to continue their work.

Hosting amateur boxing matches in the Legion building on Market Street in Williamstown was one  way they attempted to raise funds for the food service.

“Boxing fans in the coal regions have been asked by American Legion Post 239 of Williamstown and the Branchdale Catholic Church to do their bit toward helping to defray the expenses of feeding the destitute school children of the Williams Valley,” wrote the Harrisburg Telegraph in March 1931. “They have decided to hold a big amateur boxing tourney at the American Legion auditorium Thursday night, March 19. Tickets are now being sold in every town from Millersburg to Minersville by energetic salesmen.”

The event was described as “record smashing” and repeat matches were scheduled throughout the spring of 1931.

These makeshift measures were all that stood between families and the looming threat of starvation as the work stoppages worsened as the decade continued. Families were broken up, crime rates exploded, and suicides became depressingly common in these years.

And all the while, the lifeblood of this region’s economy died a slow, agonizing death. By 1942, all major operations in the valley’s coal mines were closed.  More than 1,600 families  saw their largest form of income disappear when the collieries were shuttered.

For communities like Williamstown, the decade-long economic chaos destroyed their ability to feed children in their own communities. There were simply too many mouths to feed and not enough local capital to support this necessary charitable work.  With the industrial closures destroying the local labor markets in the 1930s and into the 1940s, the Federal government increasingly took direct action to assist families like those suffering in Williams Valley.

President Franklin Roosevelt’s “New Deal” contained numerous provisions that assisted those thrown out of work by the Depression. Agencies like the WPA and the CCC connected men who struggled to find work with local infrastructure projects. Hungry schoolchildren posed another challenge for New Deal reformers.

Emergency aid organizations set-up by the Federal government such as the Federal Surplus Commodities Corporation allowed surplus food to flow to destitute and needy families. Programs like the WPA also assisted in food distribution. The Second World War came in 1941 and the programs were expanded for hungry school-kids. In 1946, President Harry Truman signed the National School Lunch Act “as a measure of national security to safeguard the health and well-being of the Nation’s children…”

The arguments that took place over how to ensure the survival of those living on the edge of poverty and starvation have modern equivalence and relevance today. According to the Central Pennsylvania Food Bank, 14.3% of Dauphin County residents suffer from “food insecurity.” In Williams Valley School District, on the border between Dauphin and Schuylkill counties in the former coal region, about 40% of students are eligible for free or reduced lunches.

This is a timely issue, as projected budget cuts suggest that reductions may be coming to the free and reduced lunch programs sponsored by the Federal government. In March 2017, the Office of Management and Budget Director Mick Mulvaney responded to a question about the Shine program in Pennsylvania, an after-school program that provides educational and food services for low-income students:

These ongoing arguments over welfare, charity, and the social safety net don’t appear to be going away. If anything, the pressure on food programs that have been feeding hungry children in Williams Valley since the 1930s will only increase under President Donald Trump. These debates should be informed by looking to our collective past. The policy decisions made before, during, and after the Great Depression should be analyzed, not ignored, by policymakers today.

The substance of these debates have real-life consequences. The educational and nutritional needs of America’s low-income schoolchildren, a group that is growing larger every year, are at stake.