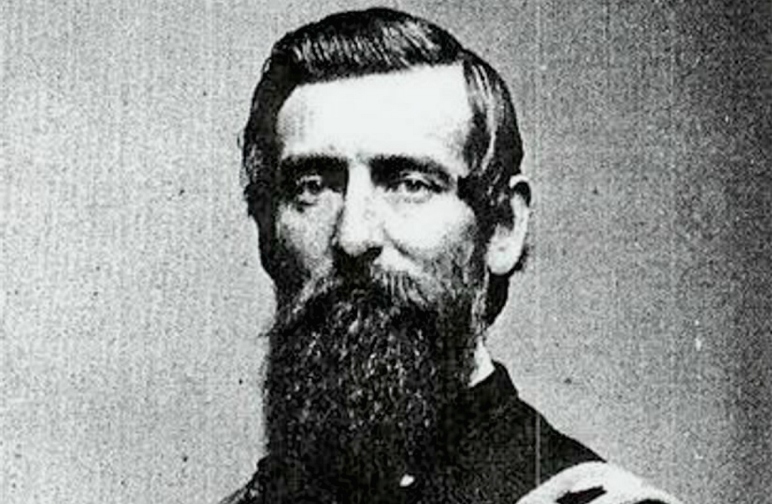 In our last post, you read the account of a very lively get together involving the officers and band of the 96th Pennsylvania on the occasion of Washington’s Birthday.

A certain deputy commander of the 96th Pennsylvania was not pleased.

Enter Lieutenant Colonel Jacob G. Frick and this letter published in the Miners’ Journal on March 16, 1862.

My attention has been called to a letter published in your issue of March 8th dated February 24, 1862 in which myself and a number of my brother officers are held up to the view of our friends in Pottsville in a very unenviable light, viz – that of a set of bacchanalians. To me no other conclusion can be drawn from the letter.

I desire to say for myself, and I feel authorized to say for others that what purports to be the proceedings of a social meeting of the officers of the 96th Regt. On the evening of the 22nd ult., is almost entirely destitute of truth. Equally untrue is it, that the letter was written at the “Headquarters” of the Regt.

The toast alleged to have been offered on that occasion emanated almost exclusively from the fertile brain of the young officer who is so wonderfully troubled with the cacoethes scribendi. If this young man, who habitually dates his communications at the “Head Quarters” of the Regiment, will in the future, only confine himself more closely to his own peculiar duties, he will be the more efficient, and he will be infinitely more respected by his superior officers, as well as those having equal rank with him.

Thus much I have felt it my duty to say for my own satisfaction, as well as for those for whom I write. Be kind enough to give this  a place in your next issue.

P.S. I have written the above to you at the hour of half past 2 o’clock, this, Monday morning, whilst preparing to march in accordance with orders just received.

The unidentified junior officer found himself in some very hot water. “LeRoy R.” received a thorough tongue-lashing at the hands of his superior officer in the pages of a newspaper that everyone back in Schuylkill County read on a weekly basis. If there were any other punishments or repercussions for this unnamed officer, the historical record remains silent. At least for now.