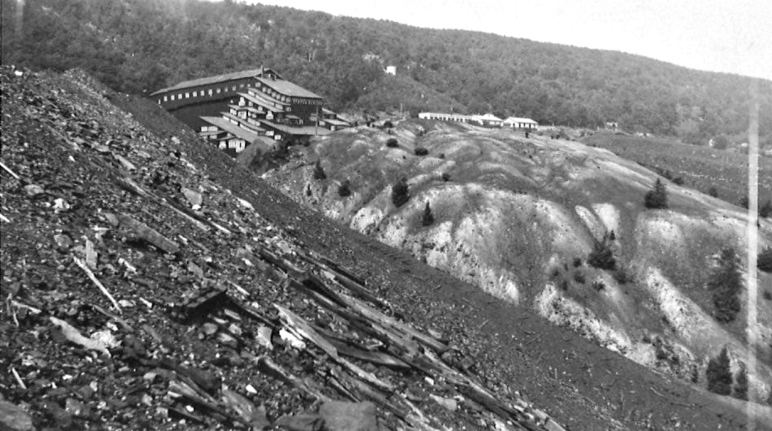 The Harrisburg Evening News carried this story from Williamstown, Pennsylvania on January 30, 1942.

This marked the final conclusion of deep mining within the Williamstown Colliery that began 75 years earlier at the conclusion of the American Civil War. For much of its existence, it ranked as one of the most productive and profitable mining operations in the world.

The rising use of petroleum in the 1920s and 1930s, alongside the crippling economic conditions in the Great Depression and rising operational costs led to the closings of deep mines across eastern Pennsylvania.

Unlike the closing of the Susquehanna workings in Wiconisco Township in 1932-1933, the Williamstown workings had operations occurring intermittently until the end of 1941. Now the United States had just become embroiled in the Second World War.

The country’s entrance into global conflict could not save Williamstown’s chief industrial engine from being permanently shuttered. 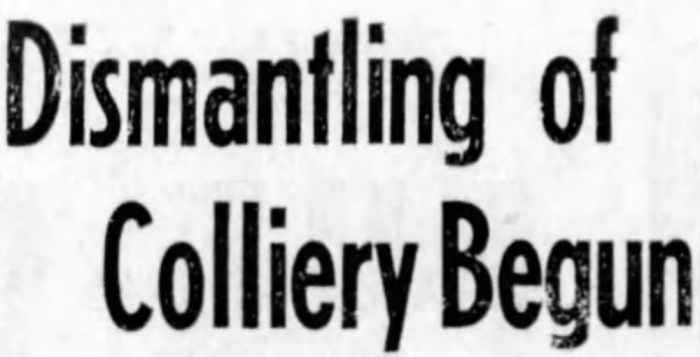 The Williamstown Colliery in Upper Dauphin County, one of the deepest in the State, is being dismantled to a great extent and deep mining of the colliery will be abandoned as unprofitable. A crew of 75 men, which may be augmented to 150, are removing the ten miles of rails and other equipment.

Some of the equipment, formerly owned by the Susquehanna Collieries Company, which last May sold the mine to the Williamstown Colliery Company, may be used but much of the salvaged material will be junked.

The new coal company will not do much deep mining and will confine most of its operation to stripping. Recently, representatives of the company appealed to the Dauphin County Commissioners for a reduction in assessment on its property, which it bought from the Susquehanna Coal Company for $25,000. All Susquehanna holdings were included in the purchase except the powerhouse and 192 acres under a culm bank. The commissioners advised the new company that the time for appeal from the assessment has passed and that the firm will have to apply to the Court for a reduction.

Recent rumors that the Susquehanna firm will repurchase the Williamstown Colliery were denied last night by C.A. Gibbons, president of the firm, at Wilkes-Barre.

Our new logo looks even better on ice! ❄️ #DowntownFrederick #FrederickMD #MDinFocus #AmericanCivilWar #CivilWar #HistMed #Museum
❄️❄️❄️
We are very excited about the National Museum of Civil War Medicine’s new logo. This has been months in the making, and I am thrilled with the final results! #Repost @civilwarmed with @make_repost ・・・ We are delighted to reveal the new logo of the National Museum of Civil War Medicine! #AmericanCivilWar #CivilWar #HistMed #HistNursing #USHistory #AmericanHistory #FrederickMD #DowntownFrederick #MDinFocus
Mid-1990s Jake loved all things racing. One of my favorite photographs from childhood. Rocking the Terry Labonte t-shirt and watching qualifying at Pocono Raceway. 🏁
%d bloggers like this: